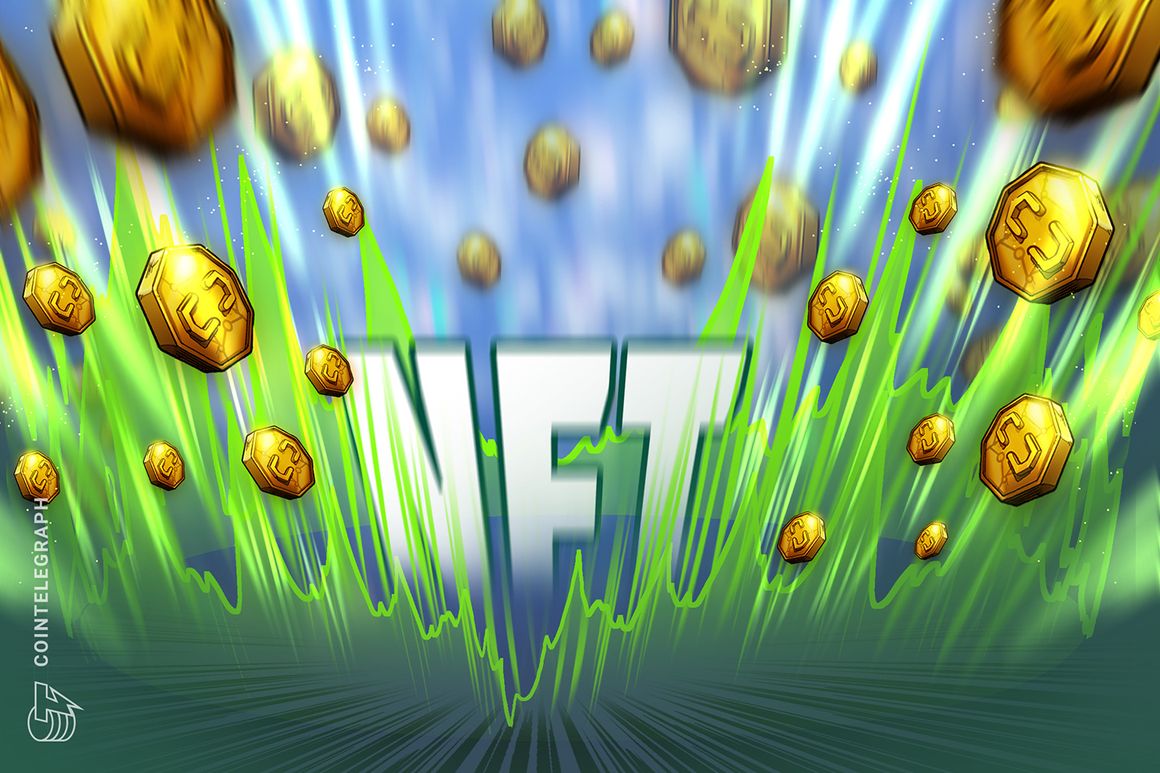 If creative self-doubt and competition between humans in the art world weren’t already hard enough, artists now face the prospect of battling it out on Nifty Gateway with artistic robots.

Sophia, the world-famous humanoid robot developed by Hong Kong-based Hanson Robotics, has generated more than $1 million in sales from her debut NFT drop on Nifty Gateway.

The “Andrea Bonaceto and Sophia the Robot drop” was launched in collaboration with contemporary artist Andrea Bonaceto. The drop included tokenized portrait GIFs that morphed from artist Andre Bonaceto’s paintings into Sophia’s artworks. The portraits depicted figures involved in her development such as Hanson Robotics founder David Hanson and the AI researcher Ben Goertzel, along with self-portraits of Sophia.

After the auction, winning bidder and digital artist “888” tweeted “I have goosebumps,” with Sophia responding “Me too, we really had a connection. Your work was very inspiring on so many levels, so I want to hold on to its meaning a little longer. Will share soon.”

Me too, we really had a connection @Crypto888crypto ! Your work was very inspiring on so many levels, so I want to hold on to its meaning a little longer. Will share soon. Thank you @andreabonac_art @niftygateway @ivgalleryla @hansonrobotics and all my Sophia Collective team!

Bhad Bhabie’s ‘cash me outside’ meme

Rapper Bhab Bhabie, famous for her antics on the Dr. Phi show, which turned into the viral internet meme “cash me outside”, appears to have realized the artistic significance of non-fungible tokens.

Bhabie is set to release “ETH ME Outside”, a week-long NFT drop across NFT platforms, OpenSea, Rarible, and Zora, starting from today.

The NFT drop will consist of a collection of digital meme iconography surrounding her world-famous “cash me outside” catchphrase, with part of the proceeds going to the non-profit Breaking the Code of Silence, an organization focused on raising awareness for the “troubled teen industry”

The founder of Cardano, Charles Hoskinson stated on March 25, that he is exploring ways to incorporate NFTs into the Cardano network.

Hoskinson said that he has already approached some of the top-10 NFT marketplaces about porting over to the network from Ethereum:

“It’s easy to clone these protocols; it’s easy to partner with these. Just in NFTs, we approached several of the top-10 marketplaces and already begun discussions porting them over to Cardano. Because, why not? It’s an easy conversation, and it’s just engineering resources.”

Porting over top NFT platforms could provide a notable use case for the network given high gas fees on Ethereum, and coincides with the upcoming rollout of the Alonzo hard fork, an upgrade that will allow smart contracts on the Cardano network.

Access to the event “Wakanomy Presents: NFT Live feat. Andrew Gouché” will be auctioned off as an NFT on Open Sea on April 21, with the highest bidder receiving access to the online concert from the comfort of their own homes.

The concert will be performed exclusively for the highest bidder and any guests they chose to choose to view it with.