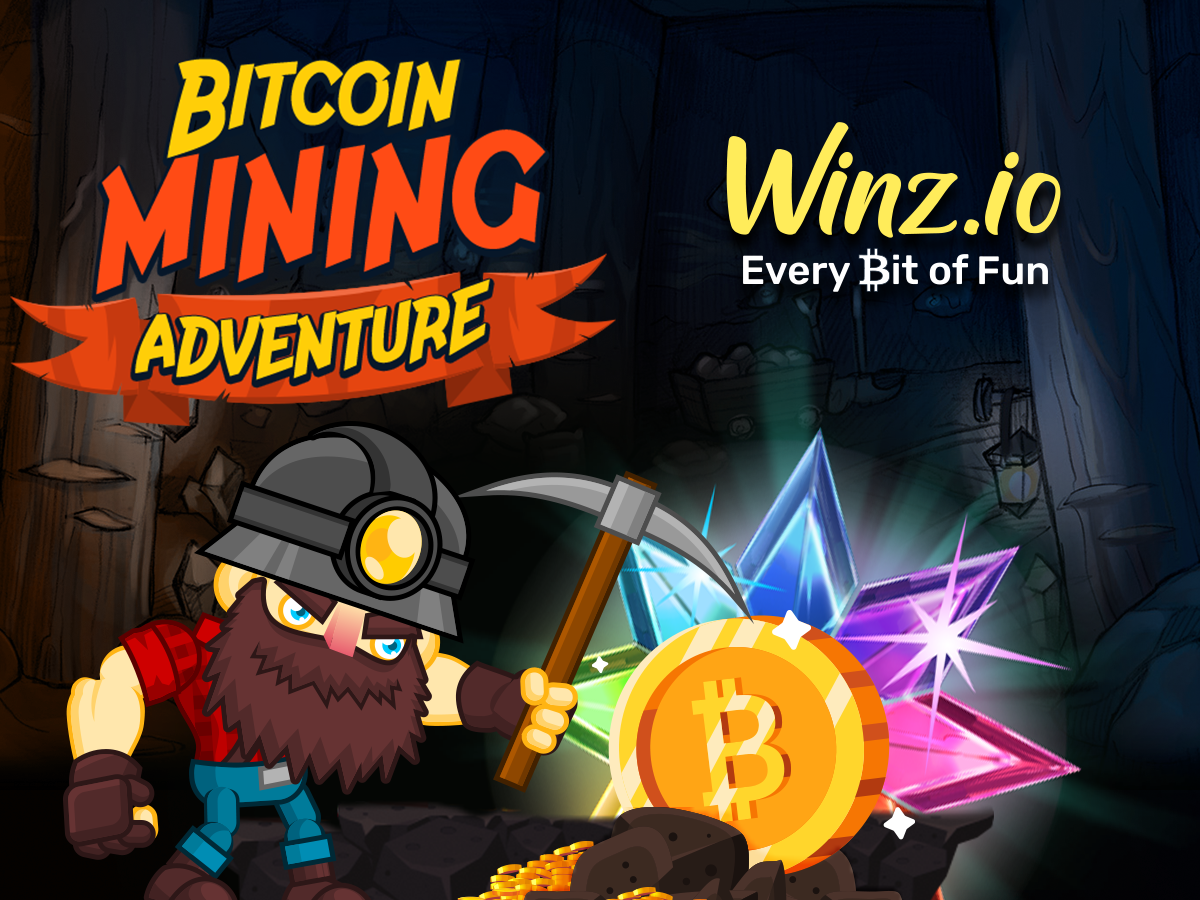 By this point, it has become apparent that mining bitcoin traditionally no longer pays off handsomely without a significant investment in hardware. The Winz casino, however, is set on providing its user base with significant profits attained through generous promotions.

Such is the case with the Bitcoin Mining Adventure, promising a payout of one bitcoin to one lucky winner. The first round of the event has now been concluded, with Andrzej being the lucky recipient of the grand prize.

About the Winz Bitcoin Mining Adventure

Winz has opted to gamify mining by creating an innovative level-based adventure. To participate, players simply had to play their favourite slots and level up. With 40 levels to go through, users had access to multiple revenue streams. There’s a prize to win upon each successful slot spin, alongside a guaranteed reward upon leveling up. With the end goal of being the first to hit the 40th level, players got to enjoy a competitive, yet highly-entertaining mining adventure.

Following the conclusion of round one, Winz is now putting yet another bitcoin in the grand prize pot.

Following the announcement of the promotion, Andrzej made it a goal to become the lucky recipient of the 1 bitcoin reward. When he initially started levelling up, one bitcoin was only worth $34,000, whereas when he successfully managed to hit the 40th level, bitcoin’s price rose to $49,000, giving a significant return on investment.

His biggest win during the adventure was $25,704 via a single spin, a mesmerizing prize for any slot enthusiasts. This was obtained by playing Princess Royal, a well-known title developed by Bgaming.

Announcing Round Two of the Bitcoin Mining Adventure

Following the huge success of this promotion, Winz has decided to hold yet another round. Slot fans are invited to participate automatically by playing their favourite titles. As expected, the grand prize remains one bitcoin, but this time around, and there is a good chance Bitcoin will grow even more!

This opens up significant opportunities for Winz slot players looking to level up and obtain great prizes along the way.

With huge amount of crypto-friendly promotions, it’s no wonder that Winz has become the casino of choice for thousands of players worldwide.