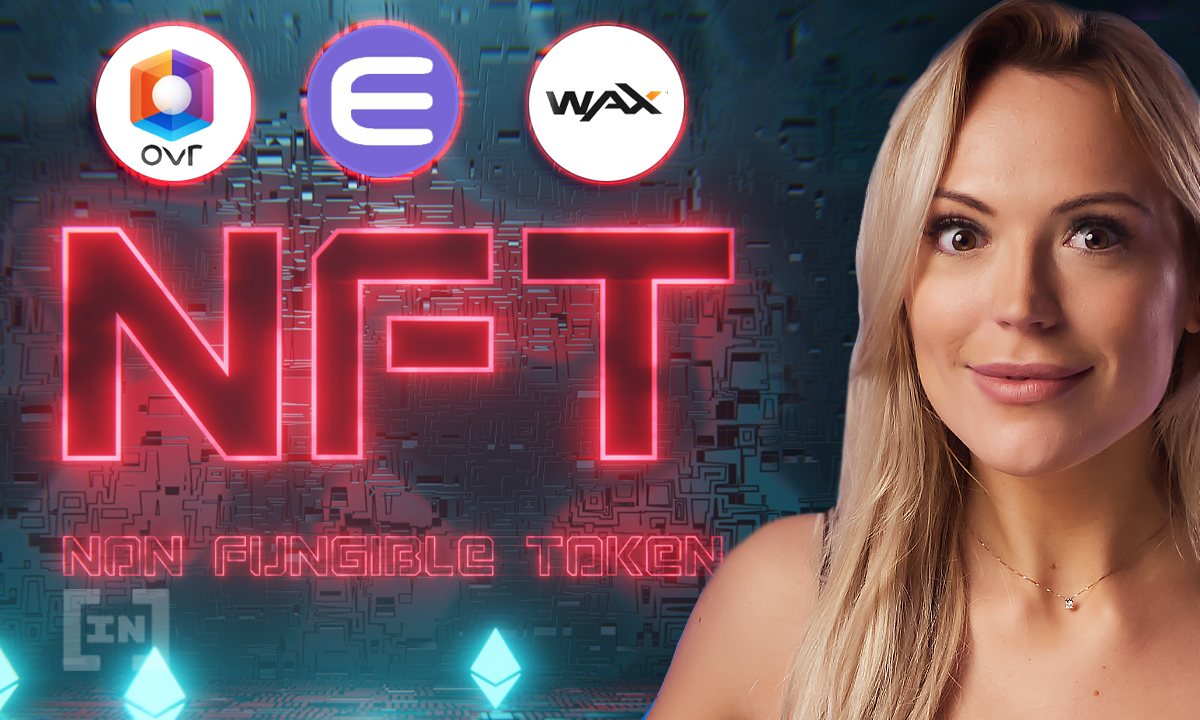 In this episode of the BeInCrypto video news show, host Jessica Walker addresses non-fungible tokens (NFT), which have been all the rage this past week! She provides several newsworthy examples, explains their importance in digital asset ownership in the future, then briefly explains what NFTs are exactly.

NFTs have been in the spotlight. Last week, a group of art and tech enthusiasts tokenized a physical piece of art by infamous British artist Banksy. Basically digitizing the ownership of the piece inside a blockchain. They then set the original piece on fire.“The goal is to inspire tech enthusiasts and artists. We want to explore a new medium for artistic expression,” explained a member of the group.

Over the past weekend, Canadian musician Grimes sold a collection of digital art for $6 million. The collection contained 10 different pieces. Although most were still images, three were animations that feature unreleased, exclusive music tracks from the artist.

NFTs are also becoming increasingly popular as a way of releasing music. Apart from the few tracks released by Grimes mentioned above, several musicians and bands have announced plans to release albums as NFTs.

For example, American rock band Kings of Leon released their new album as an NFT before releasing a non-tokenized version. Additionally, Canadian EDM musician deadmau5 is releasing an NFT collection, which will include tracks off a forthcoming album.

One of the more interesting ways NFTs have been created is by capturing ‘moments’ on both a small and large scale. Last month, American Youtuber and boxer Logan Paul purchased several booster packs of first edition Pokémon cards, which he then auctioned off. However, he filmed himself opening the booster packs and packaged these highlights as NFTs, which promptly sold out a few days ago.

The Associated Press (AP), an American news organization, has also auctioned its first NFT. The digital artwork commemorates the first time the US election results were called on a blockchain and contains that information in its metadata. “This digital artwork represents a glimpse of how organizations like The Associated Press are going to be marking important historical events in the future,” said a collaborator.

The Future of NFTs

According to a report by NonFungible.com and L’Atelier, the non-fungible token market ballooned over 2020, climbing to a market value of at least $338 million, from about $41 million in 2018. That’s a 700% increase.

The surge in interest led to the expansion of online marketplaces, likely because of how easy it is to create an NFT. Another value added by this new technology is that artists can now monetize in the digital space. And not only their work but their merchandise. We are also likely to see NFTs at music festivals, where tickets will appear as a unique QR code-based NFT.

As more creators realize the potential of tokenizing their work, brands, art, games, the world of NFTs will likely transform into a collector’s digital haven.

What is an NFT?

Non-fungible tokens run on the Ethereum blockchain and enable the tokenization of any data. Each token is pegged to a different identifier, unique to the owner. This way they can be thought of as a one-of-a-kind collectable.

This contrasts with the ERC20 token standard for fungible tokens, where the tokens are entirely interchangeable. An example of a fungible asset in the ‘real world’ would be a $1 note. If you were to lend someone a dollar, they could give you back a different dollar.

Another difference is that fungible tokens are divisible; you can send fractions of a token, whereas non-fungible tokens must be whole. For example, Bitcoin is fungible because it can be divided up into completely interchangeable satoshis.