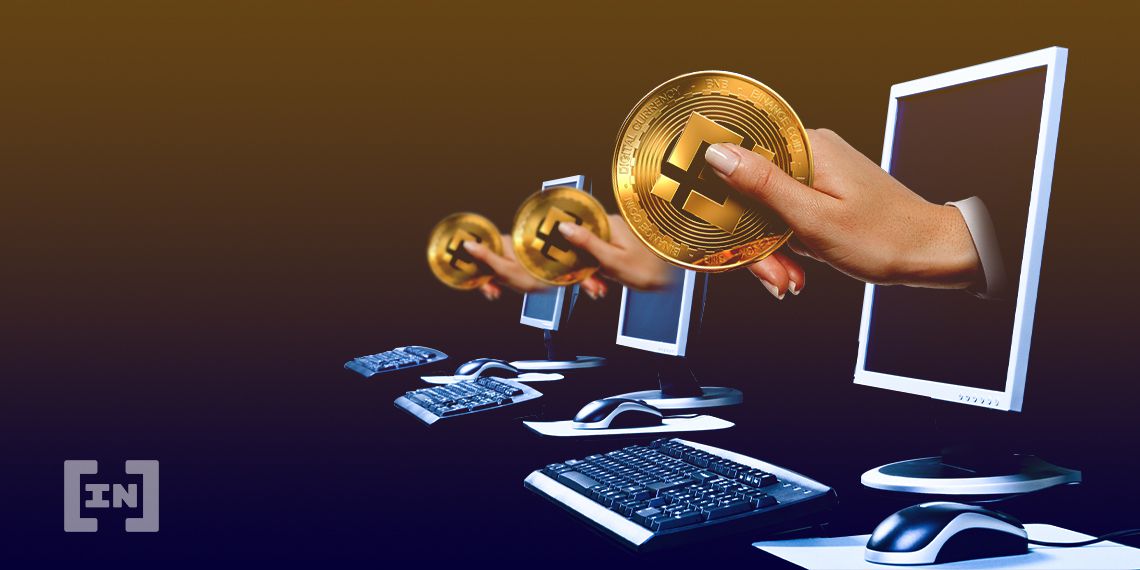 For BNB, the trend still looks bullish, but the rally has overextended, and it’s possible that BNB could reach a local top soon.

While BNT could correct in the short-term, technical indicators have yet to show any weakness, so it appears as if the price is not yet close to the top of the current upward movement.

Despite showing overbought conditions, technical indicators are still bullish. However, the daily RSI has been overbought for 17 days, a sign that the upward move might be overextended.

The wave count also suggests that BNB is nearing a top.

BNB has seemingly been on an extended third wave since Nov. 2020. However, the sub-wave count shows that it is in sub-wave five, which is the final upward move before a correction.

The most likely targets for the top of this move are $192 and $240, respectively. BNB has already reached the former, so if it has not yet reached a top, it could increase to $240 before undergoing a significant correction.

Despite the massive increase, technical indicators on the daily time-frame have begun to show weakness. The daily RSI has been overbought for 27 days and has formed considerable bearish divergence.

Furthermore, the Stochastic oscillator has already made a bearish cross, a sign of a trend reversal (red arrow).

The wave count suggests that CAKE is in the fifth and final sub-wave of a bullish impulse that began on Jan. 11. The two most likely targets for the top of the move are at $10.66 and $13.72, found using the length of waves 1-3.

Since CAKE has already moved well above the former, the $13.72 area would likely act as the top.

Since then, BNT has increased by 78.50% in only three days, reaching the current all-time high price of $5.21. Technical indicators are still bullish since the MACD, RSI, and Stochastic oscillator are all increasing. None have formed any bearish divergence yet.

The wave count suggests that BNT is still in wave three of a bullish impulse that began on Mar. 2020. The sub-wave count is in orange, indicating that BNT is also in sub-wave three.

The most likely target for the top of the movement is at $6.52, found using an external Fib retracement on wave two. BNT will likely correct after this.